“My company's books are a nightmare. I don't even know where to start!”

We take care of your books for you, so you can get back to the job of running your business and generating profits. Learn More...

“I'm spending all my time managing payroll for my employees.”

We offer payroll solutions that meet your business's needs and enable you to spend time doing what you do best--running your company. Learn More...

“I use Quickbooks, but I'm not sure I'm getting the most out of the software.”

We offer a variety of services to help make sure that you are taking full advantage of Quickbooks' many features. Learn more...

“I made a mistake on my taxes, and now the IRS has turned my life upside-down.”

We're here to help you resolve your tax problems and put an end to the misery that the IRS can put you through. Learn More...

We offer one-on-one guidance and a comprehensive financial plan that helps manage risk, improve performance, and ensure the growth and longevity of your wealth. Learn More... 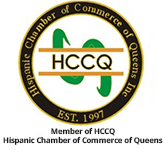